Ketamine Therapy for adolescents has been used in clinical settings for years. In a controlled setting, it’s safe, and its relief and effects can be extremely fast. While there is evidence that other medications can lead to increased suicide rates, ketamine has no such record. Teenage ketamine therapy is being actively researched by institutions such as Yale and the American Academy of Child Adolescent Psychiatry.

Adolescents and adults are both susceptible to depression and, of course, addiction and alcoholism. Though these groups share many similarities, there can be significant differences.

Childhood-onset depression is more likely to be recurrent. Also, suicide is the second leading cause of death among 12-17 year-olds. Twenty percent of teens have treatment resistant depression or TRD with anhedonia (the inability to feel pleasure being the most difficult symptom to treat.

In 2004, the FDA mandated placing warnings on SSRI’s (e.g. antidepressants such as Prozac, indicating that they were associated with an increased risk of suicidal thinking, feelings, and behavior in adolescents.

A great deal of interest and academic research is now focused specifically on Ketamine Therapy for adolescents, and the results are very promising.

Suicide is tragically common among adolescents. Studies have demonstrated that Ketamine “rapidly reduces suicidal ideation as well as depression.”

The Florida State University Neuroscience and Psychology Department published a study in 2013 stating that “Repeated ketamine exposure induces enduring resilient-like responses regardless of age of exposure. These findings point to ketamine, and its repeated exposure, as a potentially useful antidepressant during adolescence.”

Currently, both the University of Minnesota – Clinical and Translational Science Institute and Yale University (in collaboration with the American Academy of Child Adolescent Psychiatry) are in the final stages of separate studies.

The first study, titled “Ketamine in Adolescents With Treatment-Resistant Depression”, is examining adolescents suffering from this devastating illness. Their abstract states that “adolescents with TRD could show greater responses and more sustained remission” with ketamine treatments.

These studies should be completed within a few months. 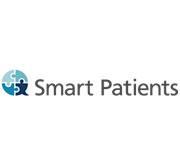 Adolescents with TRD could show greater responses and more sustained remission than adults with TRD. 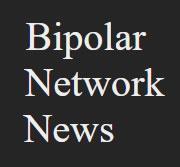 Rationale for Using Ketamine in Youth With Treatment-Resistant Depression

Given that ketamine has been widely used as an anesthetic for surgical procedures, its safety in children has already been demonstrated.... 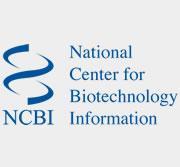 Relationship to reductions in depression and anxiety...