Ketamine was first introduced in the 1960s as an anesthetic and analgesic. It wasn’t until very recently that the drug found its way into the mental health field as doctors began to realize that it not only relieved pain, but helped with mental disorders such as depression and addiction. At Klarity Clinic in Las Vegas, Nevada, Cincinnati, Ohio, and Upland, California, Henry Liang DO, Devin Tang MD and Nirvana Kundu MD, anesthesiologists by training, recognized the efficacy of the drug in controlled doses to tackle treatment-resistant mental health disorders. If you would like to discuss how ketamine therapy can help your particular situation, call Klarity clinic for a consultation. 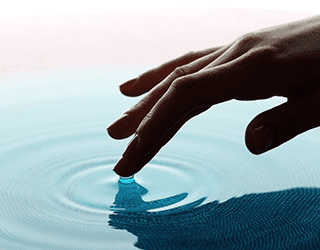 Ketamine has been in use since the Vietnam War era as an anesthetic and painkiller, but it wasn’t until the last 10 years that the drug truly found a role in mental health.

Early on, doctors recognized that patients who were given ketamine were less likely to develop post-traumatic stress disorder (PTSD). But because of its success in the operating room, as well as the onslaught of antidepressant medications, this avenue wasn’t pursued to any great extent.

In the early 2000s, medical researchers turned back to ketamine to study its effect on mental health and found that the drug had a significant and almost immediate impact, on treatment-resistant mental disorders.

Since this time, ketamine has increasingly gained acceptance as a viable and effective treatment for a host of mental health disorders. As a result, doctors like Henry Liang DO, Nirvana Kundu MD, and Devin Tang MD have heeded the call, providing medically guided, off-label use of the drug to relieve moderate to severe mental health issues.

What does ketamine treat?

While its use in the mental health field is relatively new, Klarity Clinic has had great success using ketamine to treat:

Studies have shown that ketamine works by rapidly increasing levels of the largest neurotransmitter in the brain; Glutamate. Glutamate is the most important neurotransmitter for normal brain function. Additionally, ketamine is thought to grow new (or repair damaged) neural connections, allowing the brain a chance to heal.

How many treatments do I need?

If you meet the guidelines for ketamine infusion therapy at Klarity Clinic, you receive six infusion sessions over the course of two weeks. Dr. Henry Liang in Las Vegas, Dr. Nirvana Kundu in Cincinnati, and Dr. Devin Tang in Upland have extensive experience with ketamine and understand the use of individualized dosing protocols, giving you a subanesthetic dose that induces a light dissociative state.

During this state, your brain creates new pathways that offer you relief from the symptoms of your mental health disorder.

When will I see results?

Many of Klarity Clinic's patients experience relief from their symptoms within the first few treatments. In fact, the clinic’s rate of success is an impressive 85%.

The results typically last for one to two months or more, at which time you return for a single “booster” infusion to keep your symptoms at bay.

If you’d like to explore whether ketamine is right for your situation, call Klarity Clinic for a consultation. Located in Las Vegas NV, Upland CA, and Cincinnati OH.